Lexden is proud to announce our first Professional Squash Association Tournament. A Satellite event, it carries a $1000 prize fund and valuable ranking points for professionals looking to build their way up the rankings.

On Saturday 31st August Lexden will be hosting an Invitational Qualification One-Day Shootout featuring top club players facing off against the best local players from around Essex, Norfolk, Suffolk and Hertfordshire. On Saturday 31st August, 16 players will play 2 rounds each, and the 4 who win both of their matches will qualify for the LRFC Open first round the following Friday.

The LRFC Open draw is headed by hard-hitting, flamboyant Robbie Downer, current ranking 120. Second seed is WR 156 Mark Fuller from Nottingham. Mark is known for his physicality and toughness on court, and if the seedings go by the book, a final between these two would be an exciting, brutally fast affair.

Standing in their way are Stortford’s Nick Mulvey and Exeter’s Mike Harris. Both players have been highly ranked at 159 and 115 respectively and have slipped back owing to injury. Both are super dangerous, attacking players and the chance to watch them in action should not be missed.

A cohort of young English players fills out the draw including Lexden’s own Aaron Allpress as well as dual England and Scotland U17 Champion Ben Smith. Ben is drawn to play Lexden Head Coach Paul Allen in one of the most exciting first round matches we have on paper.

The draw runs from Friday 6th September in the evening, then all day Saturday 7th and with the final on Sunday 8th.

Every round is completely free to come and watch.

There are 4 places up for grabs in the Invitational Squash Shootout which takes place on Saturday 31st August. The shootout will comprise of 16 players playing 2 rounds. The 4 finalists will go through to the PSA Open.

Spectating is free – so come along and watch your local players fighting for a place. 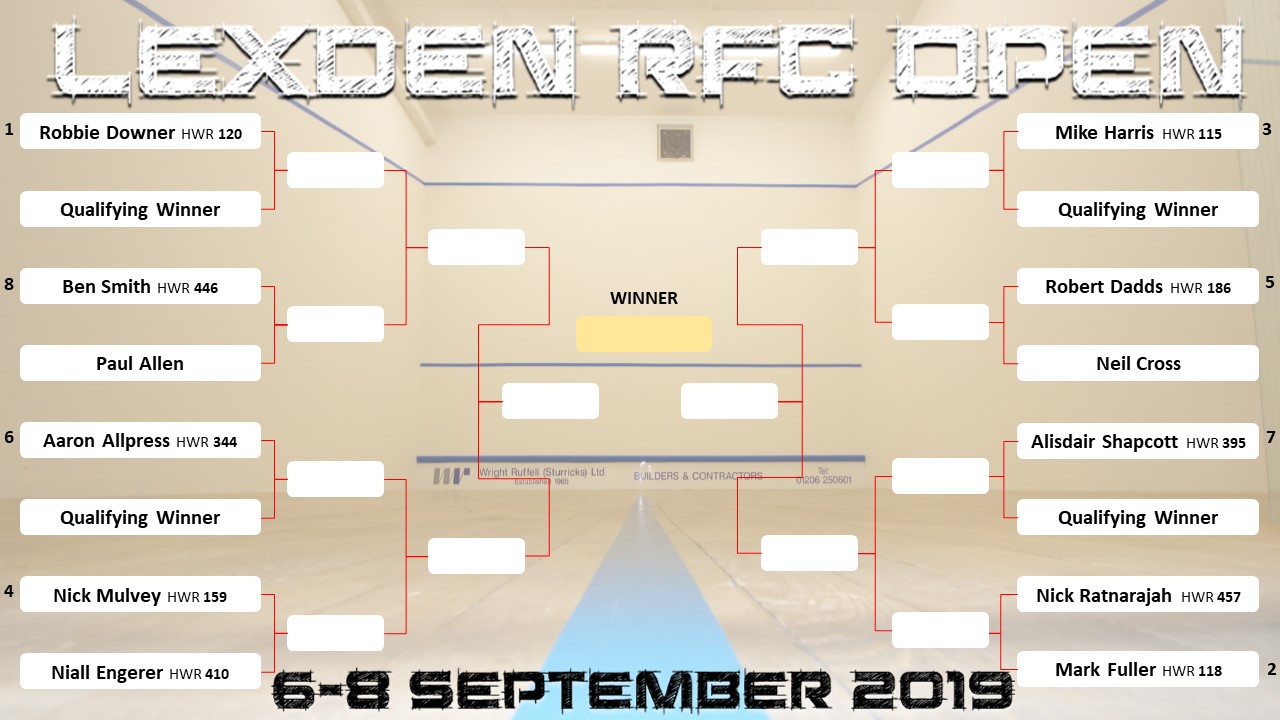